Zandile lived with her two children, Lindokuhle and Xolorh in a small house on the property of the Governor of Uthungulu District (now King Cetshwayo District) in Eshowe, when a norwegian delegation were visiting in February 2011.

The delegation from Norway represented Melaas Ltd (health care company) and it's Barnehjelp Afrika (Child care africa) organization. Among the delegates, for the very first time in Africa was the founder of Children of Zululand, Thore Hopperstad, back then director of Melaas Ltd. Thore had started working for Melaas in August 2010 and right away asked the board chairman if he can increase the activity of Barnehjelp Afrika, which was very much welcomed. After spending the last months of 2010 planning for a trip to Zululand, the trip took place in February 2011. The delegation, a group of employees from Melaas Ltd stayed at Governor Stan Larkans B&B, Mdoni Park. During the stay there were several gatherings at Stan Larkans private house, where the Melaas Ltd chairman also stayed. Lindokuhle back then was helping the governor with practical things, looking after the flowers at the B&B, cleaning the governors cars and many other things.

Thore came back to South Africa a second time that year, bringing second hand clothes, a back-pack and some school things for Lindokuhle. The Governor asked Thore; why don't you sponsor this kid? And that's how it all began.

Thore came back to South Africa several times in the next couple of years, as representative of Melaas Ltd and Barnehjelp Afrika. At the end of 2012, Thore stopped working for Melaas Ltd and desided that he was going to make his own trip to South Africa in February 2013. The main cause was to follow up on his dedication to help Lindokuhle and his family, and in general to help children in the area. To be able to do this and not have to go alone, Thore desided he will invite who-ever who wants to go on a joint trip to Zululand. People signed up and a group of delegates went on this combined safari and adventure trip. Thore had already established a new organization; Children of Zululand, and his only sponsored child at this time was Lindokuhle. During the trip in February 2013, 3 more norwegians signed up to sponsor 3 more children.

Later in the same year, Thore was asked by the mayor of Eshowe, Mr Zulu (who unfortunately passed away from Covid-19 in December 2020) if Children of Zululand can sponsor building a new house for Sipho. Thore made a few phone calls and were able to finance the new house - see more about this house under Projects-->Sipho House.

Lindokuhles mother had been able to save som money over a few years and had started building a new family house at the Ezphezi area. Thore contributed by donating money to Lindokuhle and his family, so that they could finish the house faster. He also sponsored Lindokuhles schools, so that he could attend english school and learn english. By the time Thore met Lindokuhle first time, Lindokuhle hardly spoke any english, just his native tongue, zulu.

The Zandile House has developed step by step. As Lindokuhle grew up, finished primary school, finished high school and later on started working and studying to become a professional teacher, his need of a house of his own grew on him. You can read more about his very own smaller house under Projects --> Khuzwayo House. 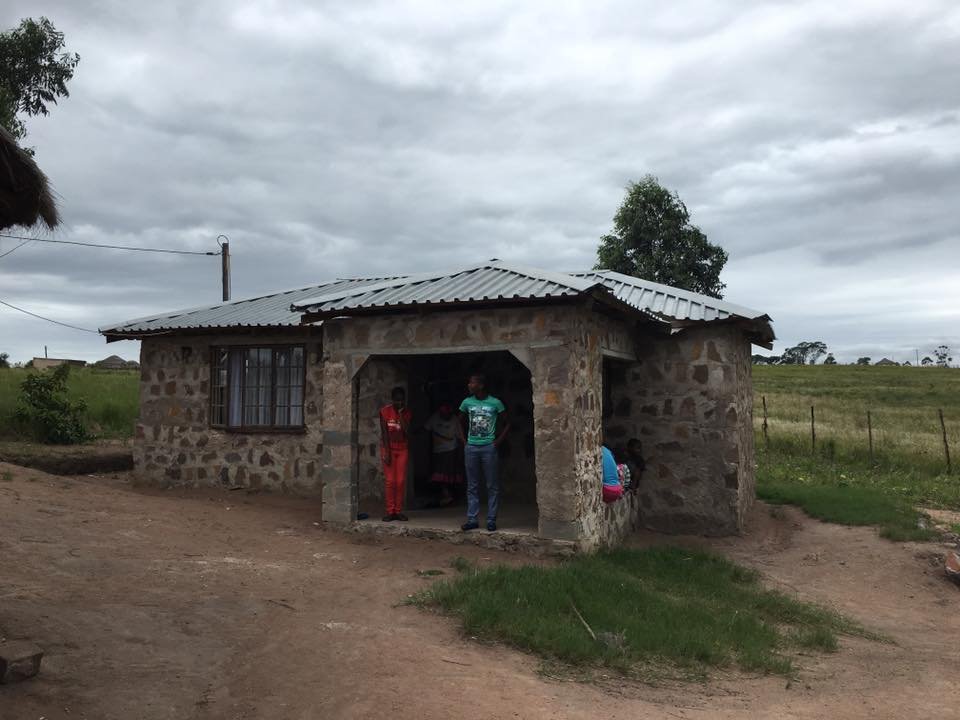 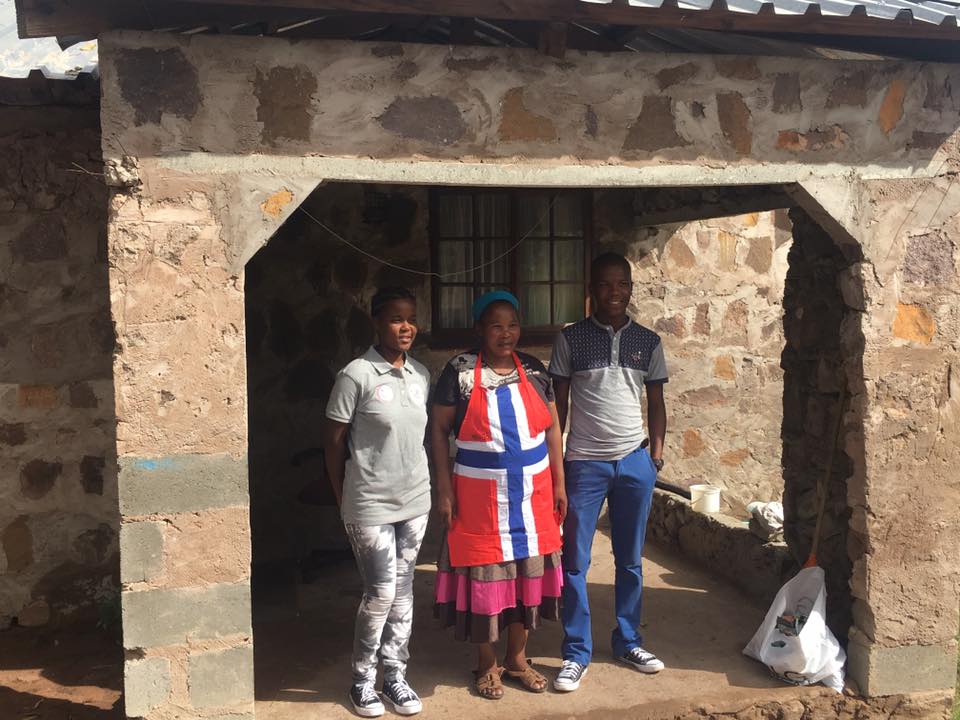 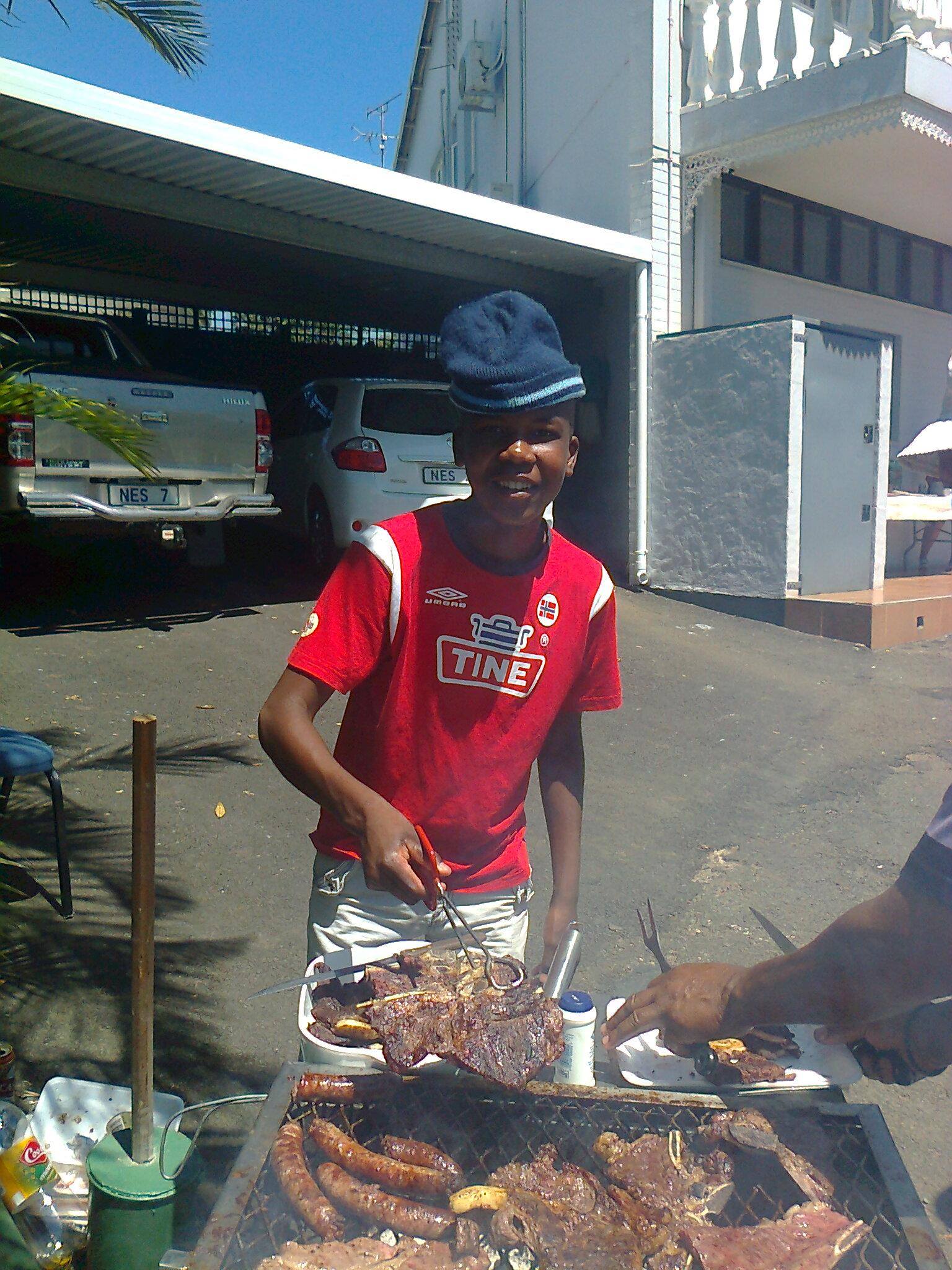 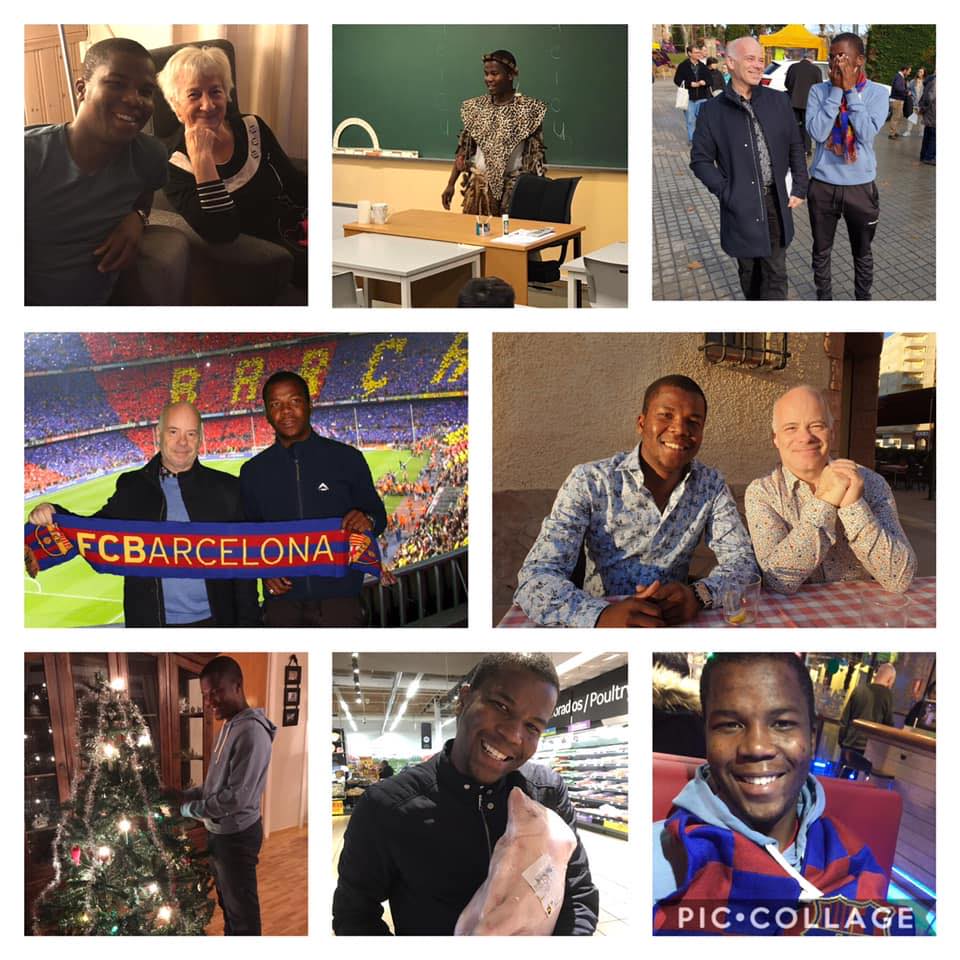